A talented keynote speaker with a penchant for inspiring people and teaching audiences how to motivate, spot talent and seize the right business opportunities and avoiding the wrong ones to achieve success.
Corporate cultureEntrepreneurship Inspirational talksMotivationSuccess Talent Management
Margaret Heffernan is a successful entrepreneur, Chief Executive and author. She was born in Texas, raised in Holland and educated at Cambridge University. For five years, she worked for BBC Radio where she wrote, directed, produced and commissioned numerous documentaries and dramas. As a television producer, she made documentary films for Timewatch, Arena, and Newsnight.

She was one of the producers of Out of the Dolls House, the prize-winning documentary series about the history of women in the twentieth century. Margaret has also produced music videos with Virgin Records and the London Chamber Orchestra with the goal of raising attention and funds for Unicefs Lebanese fund.

Leaving the BBC, she ran the trade association IPPA, which represented the interests of independent film and television producers and was once described by the Financial Times as the most formidable lobbying organization in England.

Upon returning to the United States, in 1994, she worked on public affair campaigns in Massachusetts and with software companies trying to break into multimedia. During this time she helped develop interactive multimedia products with Peter Lynch, Tom Peters, Standard & Poors and The Learning Company.

She later joined CMGI where she ran, bought and sold leading Internet businesses, serving as Chief Executive Officer for InfoMation Corporation, ZineZone Corporation as well as iCAST Corporation. By 1999, she was named one of the Internets Top 100 by Silicon Alley Reporter, one of the Top 25 by Streaming Media magazine and one of the Top 100 Media Executives by The Hollywood Reporter. She received the Silver SABRE award for public relations as a result of her Tear Down the Wall campaign against AOL.

2011 was the year when Margarets third book, Willful Blindness was published and shortlisted for the Financial Times/Goldman Sachs Best Business Book award. She is currently a Visiting Professor of Entrepreneurship at Simmons College in Boston and Executive in Residence at Babson College. She is a Trustee of the London Library and sits on the Council of the Royal Academy of Dramatic Art and in the UK as well as one the boards of several private companies. Margaret blogs for the Huffington Post in the US and the UK, for CBSMoneywatch and for Inc.com.

You may have seen her featured on television in The Secret Millionaire or experienced her on BBC Radio 4 in Changing the Rules, which won the 2008 Prowess Media Award. She has had three plays broadcast by the BBC and in 2011 has been awarded an honorary doctorate from the University of Bath. She is married with two children. She has a 4th book due out in 2014.

She is able to deliver powerful keynotes focused on business, success, motivation and talent.
Send a request
Price from: Ł 15,000

Willful Blindness or the 20/20 Company?

The biggest challenge we face is knowing what is happening in our companies and in our industry. Time after time, we either miss major opportunities, market shifts or warning signs. How does that happen? The disasters are often explained as 'bad apples' but the truth is that the hardest aspect of leadership is gaining true insight into the business and the environment in which it operates. If Microsoft could miss the Internet, Pepsi could miss water and Nokia could miss smart phones, insight isn't just about hiring smart people. It's about understanding the obstacles to transparency and putting the structures, process and culture in place to surface mission-critical information.

Margaret Heffernan draws on a century of psychological and organizational research, together with her own experience running companies, to investigate how business leaders can be better sighted, alert to the external and internal threats that challenge their very existence. In a provocative and entertaining presentation, she outlines the key social and neurological reasons why we cant see what ought to be obvious, why we ignore what we most need to see and why most of those around us do likewise. With examples drawn from organizations worldwide, audiences will learn how better to manage internal intelligence and external networks to ensure that they dont get blind-sided.

In this provocative presentation, Heffernan analyzes
- the major causes of personal and institutional blindness
- what leads to leaking and whistle-blowing
- personal and structural strategies for building a sighted, informed organization
- processes for testing hypotheses and making sense of mission-critical information
Send a request

Talent, Conformity, Culture: Getting the Best from People

To build the best, smartest workforce requires hiring a broad range of diverse, talented individuals. But if thats all it takes, why is it so hard to increase productivity? Why has productivity fallen for the last 50 years? Why is creativity and innovation something employees seem good at when theyre on vacation, but not when theyre at work? If theyre leaving to become entrepreneurs, why couldnt they be inventive where they are now?

It turns out that hiring diverse people is the easy part. Keeping them diverse, creative and engaged is the hard part. In this provocative presentation, Margaret Heffernan outlines the social, neurological and psychological reasons why we so rarely get the best out of the smart people we hire. And she proposes numerous strategies for hiring the best and keeping them that way.

In this entertaining presentation, you will learn:
- why risk takers lose their creativity in large organization
- how to get a better ROA from the people you hire
- how to keep the entrepreneurs inside
Send a request

Does money motivate people or not? Psychology experiments prove that it does and it doesnt. Not much help if youre trying to incentivize your workforce. So how does money work in organizations? What are the unintended consequences of over-pay and under-pay? What role does money play in getting the most from your people?

In this presentation, Margaret Heffernan examines the complex psychological and neurological attitudes we display towards money and proposes ways in which it can be used more effectively to galvanize and focus the talent in your team. She argues that money is the most powerful tool that companies regularly misuse, and proposes ways to get it to work for you instead of against you.

In this illuminating presentation you will learn
- the unintended consequences of pay
- the fundamental needs of your workforce
- better, cheaper ways to motivate smart people
Write a review
0.0 / 5
Write a review 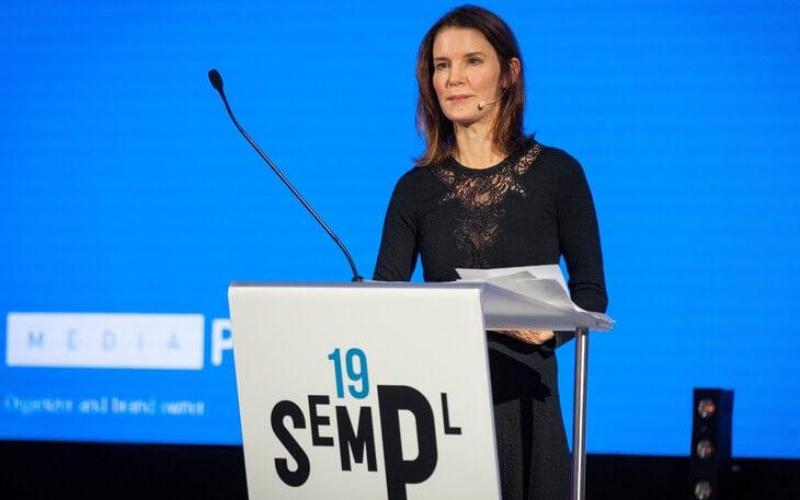 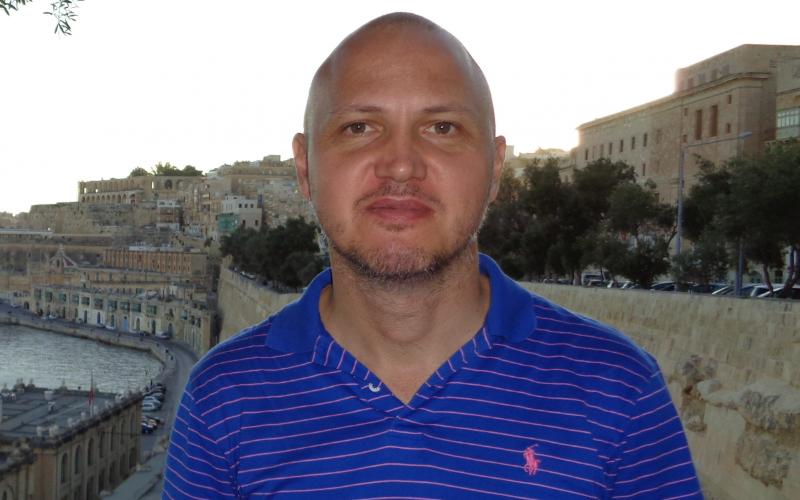 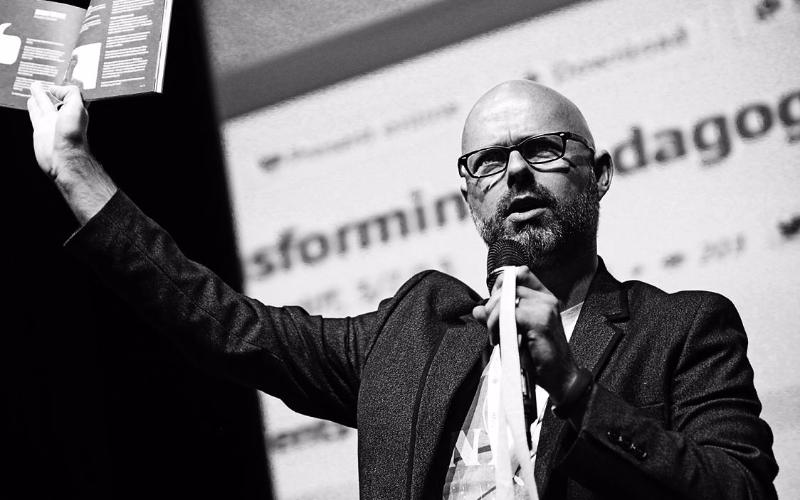 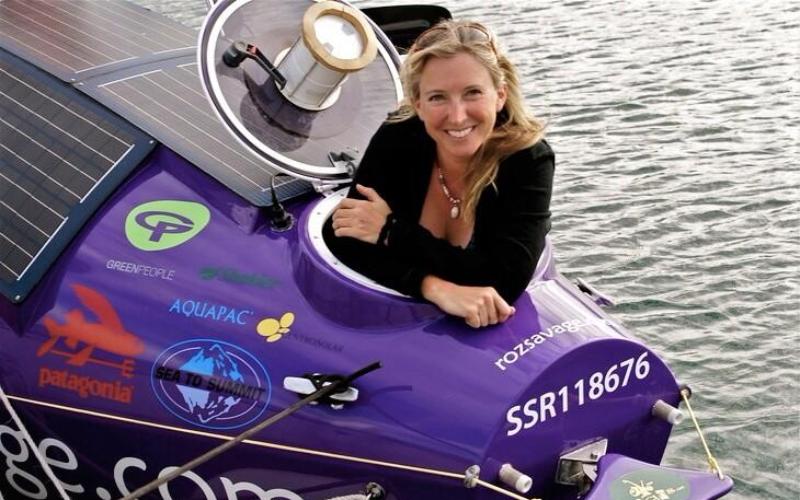